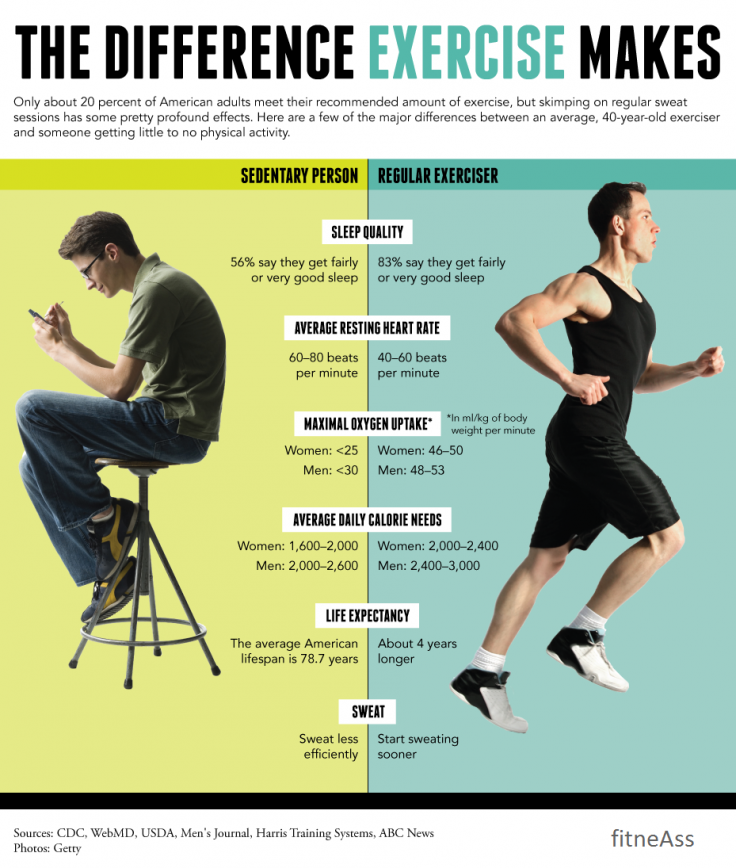 While most of us are probably aware of the powerful benefits of regular exercise, we’re clearly not all convinced: Just about 20 percent of American adults over the age of 18 meet the government’s recommended guidelines when it comes to physical activity, according to a CDC report.

The average adult needs at least two hours and 30 minutes of activity each week, if it’s at a moderate intensity level, like brisk walking. Up the intensity to jogging or running, and you can aim for at least 75 minutes a week. Add in a couple of strengthening sessions a week, and you can expect to build muscle, protect your heart, avoid obesity and even live longer.

That’s not to say that shorter bouts of regular exercise aren’t worth it. Even just in 10-minute increments, exercise can make a marked difference in health and well-being. But those of us who make exercise part of their regular routine — without overdoing it — are certainly reaping the biggest benefits.

Don’t believe us? Consider a few profound factoids: Regular exercisers have a 40 percent lower risk of developing dementia, and a 60 percent lower risk of any type of cognitive impairment, according to a 2012 study. In young adults, regular exercise can increase bone mineral density by as much as 2 to 8 percent a year, according to the New York Times, helping to prevent dangerous falls and fractures later in life.

Some of the big differences between sedentary and active people are obviously beneficial, like a longer lifespan or a less-taxed heart. Others are a little less clear, like a higher maximal oxygen uptake, or VO2max, which reflects a regular exerciser’s increased capacity for aerobic exercise, or a more efficient sweating response, which helps regular exercisers cool their bodies quickly. Check out these and other differences exercise makes. Then go ahead and lace up those sneaks. 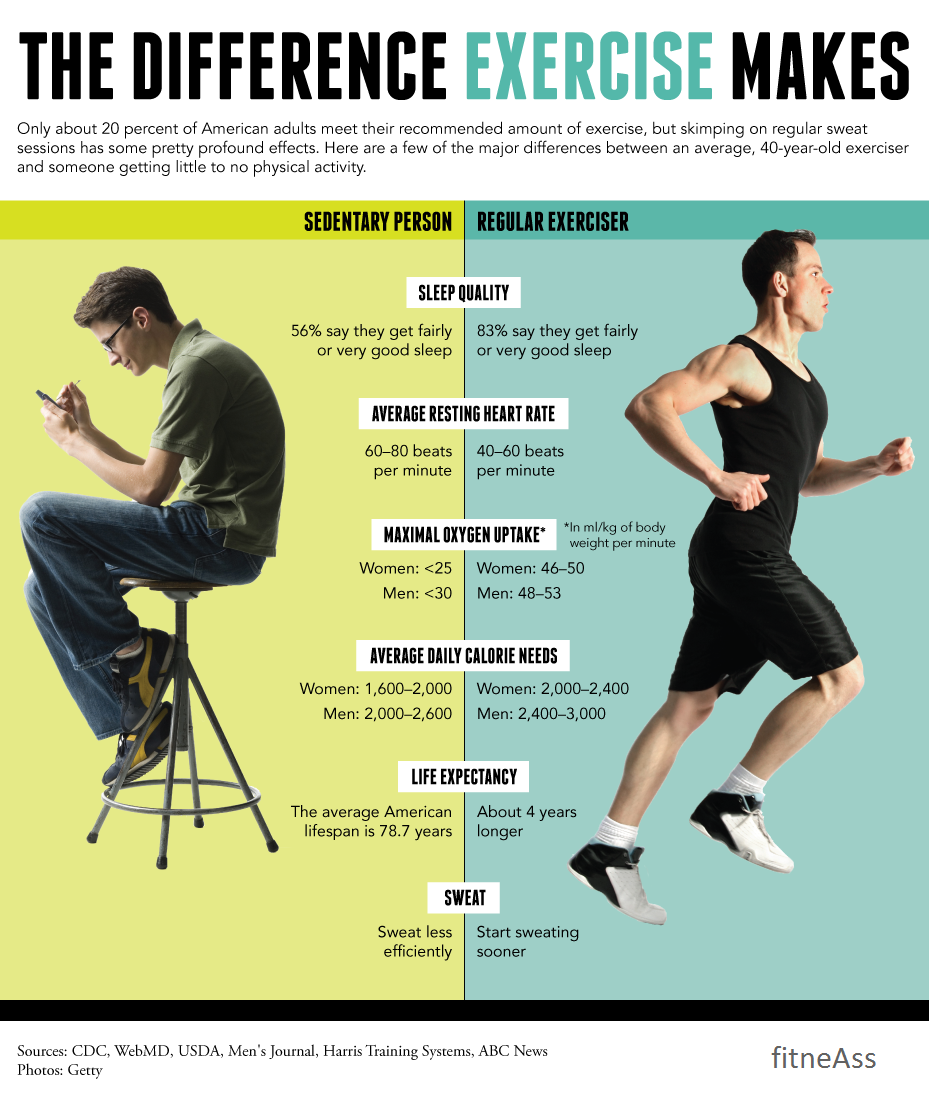 The Amazing Benefits Of Muay Thai For Women

Muay Thai is one of the best sports you can participate in. So let's focus on how you can take advantage of the great benefits of Muay Thai.
Beth Williams 4 months ago

Integrating an exercise routine into your daily schedule can help you get fit, maintain a healthy body and mind, and avoid workplace injuries.
Julianne Bodo, CES, PES 4 months ago

The Top Three Key Benefits Of Being Healthy

These main benefits of being healthy and physically fit should encourage you to embark on this healthy lifestyle trend. Just give it a try!
Beth Williams 4 months ago

This straightforward guide can help you get into the best shape possible without breaking the bank or spending a fortune on fitness products.
Julianne Bodo, CES, PES 4 months ago

The most common treadmill types are the motorized ones available in every gym. But there are manual treadmills too. So let's compare them!
Beth Williams 5 months ago

Physical Sports That May Cause Concussions

Concussions are a major problem in contact sports such as football, ice hockey or soccer. So before joining these sports, do your research!
Beth Williams 5 months ago

Is Ping Pong A Great Way To Lose Weight?

Playing Ping Pong can not only help you lose weight and get in shape but also help you be mentally and socially sound as well.
Julianne Bodo, CES, PES 5 months ago

Having A Hard Time To Get Physically Active? Try These Tips

It's hard to get physically active, especially after an injury or some serious break from exercise. But these tips can ease your comeback!
Beth Williams 5 months ago

Trampolining is an activity that involves lots of fun. And besides bringing joy to our kids, this activity has numerous other benefits.
Beth Williams 5 months ago

Tips To Help You Manage Incontinence While Exercising

Exercising can be intimidating if you suffer from urinary incontinence. But these tips can help you manage incontinence while excising.
Beth Williams 5 months ago