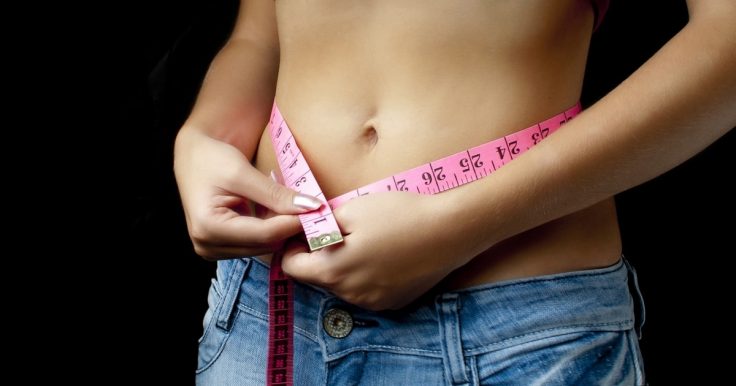 Ok everyone, calm down. Just breathe. It’s March. I mean yesterday was Christmas and five minutes ago was Valentine’s Day.

But now the smell of hot cross buns taunts you every time you go to the supermarket because we’re already a quarter of the way through 2015 and it is March.

So that means we should already be a quarter of the way towards achieving our new years’ resolutions, right? Um, not quite.

I achieved my New Years resolutions and now I fit in my skinny jeans.

First of all, let me defend the new years’ resolution. I saw all of the resolution haters at the beginning of the year arguing that the only resolution should be to remember to keep writing 2015 instead of 2014 (which, thankfully was not one of mine because that would have gone into the ‘fail’ column).

That’s a fair position to hold if you’re the kind of person who continues to make and achieve measurable goals.

For those of us mere mortals, the kinds of people who don’t wear pearl necklaces to cook a roast for our families or who don’t remember to brush our hair every day, it’s nice to have a point in time that we can reference.

Otherwise, time just disappears and we haven’t worked towards those things we would have loved to put energy into, and we are 100 years old, and it’s March.

Outlining goals (at any time of the year) is important because it tells you which direction to take.

Imagine you fly to a new city, you pick up your luggage from the carousel, and head to the cab rank. The cab driver asks you where you want to go and you answer “I’d like to go somewhere fun, that’s bright, but not overwhelming, and wholesome, but not judgmental, and just generally great. Thanks!” You’re not going to arrive at a destination because you haven’t set one.

That’s how I view goals: even if you don’t get there, at least you know which way to work towards.

I Nailed My New Years Resolution

Creating a new years resolution has the additional benefit that other people are in the same position as you: you can share your goals, your progress, and celebrate (or commiserate) when the entire year has zipped past and you are welcoming 2016.

So yes, I participate in and encourage anyone to join me in new years resolutions, or any resolutions.

So let me go first: this year I had three new years resolutions.

Learn how to do a smokey eye.

Progress: Not even close. It looks like I’ve had smoke and ash pressed into my face, but that’s not the look I was going for.

Progress: I signed up for a class and then life got in the way. I did, however, go to the French Film Festival, so I’m going to go ahead and give myself a zero out of 100.

Nailed it. And then some high fives all around!

Yes, that’s right, the resolution of fitting my skinny jeans and feeling fabulous, which has been dragged through FOUR other new years resolution lists, has been completed and it’s not even the end of the year!

It wasn’t about the bathroom scales or being able to claim a size, it was about New Year’s Eve when I put on my freaky dress and expected to look like Beyonce but instead looked (and felt) like a boiled egg wrapped in a constrictive rubber band.

Sure, I wanted to lose a little bit of weight, but every time that goal hit another year it got bigger and bigger until I didn’t recognize the person looking back at me in the mirror, and it hurt.

Combine exercise with a bit of self-love, and you can bring in 2016 in your skinny jeans and leave the memories of looking like a boiled egg behind.

Danni Allen is the biggest loser and at the age of 26 she reduced her weight to half. This is a story of determination and ambition!
Mark Norey, CPT 7 years ago

Holiday Weight Gain | How Do You Avoid It?

Each October, the cycle of holiday weight gain begins, and by the New Year, I am curled in the fetal position, resolving to lose the pounds I gained.
Mark Norey, CPT 7 years ago
Popular

Eva Andressa, a kind of fitness guru in Brazil, has intensively worked her body in recent years to get an amazing fitness transformation.
Mark Norey, CPT 7 years ago

Is Scale Your Friend Or Your Enemy When Dieting?

All speeches about weight loss contain this: "do not weigh often than 2 weeks, maximum one." Who does not climb one second on the scale to celebrate?
Mark Norey, CPT 7 years ago

I realized it was time to do something about nutrition, so I chose dissociated diet, which lasted three months, during which I lost 19 kg.
Mark Norey, CPT 8 years ago

My name is Dianne Gladens, am 28 years old and I have an obesity issue. I am very excited that I have a story to tell about my weight loss...
Mariah Belsore 8 years ago

What I have achieved, is a completely changed lifestyle and not just weight loss. Now I can't say that there is "no time for me" or "can not".
Mark Norey, CPT 8 years ago

Since childhood I have had quite a few extra pounds, but back then it did not bothered me. As a teenager I became very complex. All the time I was on a...
Mark Norey, CPT 8 years ago