Menopause And How To Rebalance The Hormones 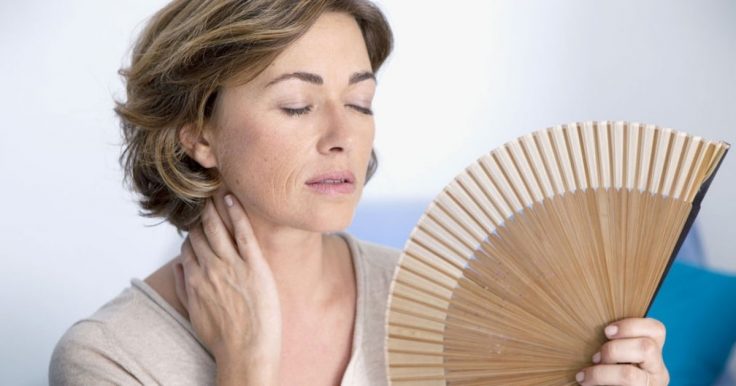 Menopause is the biological process that is bound to happen naturally in women. Let’s learn more about menopause and hormones!

Most women are afraid of reaching menopause because they associate menopause with the end of fertility and can have negative sexual impacts.

Although menopause marks the end of fertility, if it occurs naturally, the woman can still remain healthy, sexual and vital.

In most cases, menopause occurs after twelve months of the last menstrual period in women and it marks the end of the childbearing age.

There is no specific age that marks the normal beginning of menopause but in most cases, it is perceived to begin at the late 40s.

Also, there are positive side effects of menopause in women, one of them being a natural way of family planning.

Since the woman is still sexually active after menopause, she no longer needs to worry about pregnancy.

Some of the negative effects of menopause include emotional imbalance that may often disrupt your sleep.

In most cases, most people associate withdrawal as a happening that only takes place in individuals who are rehabbing from heavy alcohol or drug abuse.

Basically, in women menopause is a different kind of withdrawal.

Menopause can be perceived as estrogen withdrawal. Once the level of estrogen production in the body dramatically drops, the female body starts undergoing through menopause.

Due to this fact, there is the creation of the hormonal imbalance in the woman’s body, therefore, the withdrawal symptoms.

Although every woman goes through estrogen withdrawal, it can be more intense in some women.

The estrogen withdrawal is associated with some serious mental and physical side effects, such as:

All these negative side effects of menopause put a woman in a situation where is regularly under intense stress and anxiety.

What Happens To Hormones During Menopause?

During the perimenopause period (period slightly before the menopause), most of the menopausal symptoms appear.

Depending on the woman, perimenopause can last for one to ten years. During this period, most of the hormonal changes occur and cause most of the symptoms of menopause to appear.

Menopause period leads to ovaries producing fewer eggs resulting in the production of fewer hormones. Oestrogen and progesterone are the two hormones that are essentially responsible for reproduction and menstrual cycle.

The production of these hormones is limited during the transition from reproductive to non-reproductive cycles in the woman’s life.

In most cases, the production of these hormones eventually stops and this marks the end of menstrual cycles in women marking the beginning of postmenopause.

Hormonal change is significantly associated with causing menopausal symptoms hence the withdrawal. Basically, during perimenopause, the levels of progesterone, estrogen, and testosterone produced by the female’s body eventually drop.

How To Rebalance The Hormones?

There are several lifestyle changes that you can implement during perimenopause and the body can naturally adjust to the change in hormone levels.

Some of the lifestyle changes that the woman is required to observe include:

Like all other withdrawals, ensure that you have a close friend or a specialist to talk to and share your problems.

Menopause is one of the various transitions that a woman’s body undergoes through her lifespan.

Menopause is perceived as a woman’s body going through withdrawal because like any other withdrawal, menopause is associated with symptoms and side effects.

There are various methods to help curb the negative side effects of the symptoms associated with estrogen withdrawal that ranges from natural ways to the use of medication.

In severe cases, women are advised to seek appropriate menopause advice and, where necessary, treatment.

If you enjoyed this article about menopause and its withdrawal symptoms, feel free to share it with your friends and family!

The Best Female Motivation Video Ever

If you think you've seen women in shape, I suggest you to watch the following female motivation video. These women are dedicated to fitness.
Mark Norey, CPT 9 years ago

Enlarge Breasts With These All New Exercises

As I said, you can not enlarge breasts, but just can tone your muscle fiber behind the breast and become firmer. These exercises will help you.
Mark Norey, CPT 9 years ago

Hard Workout Can Be Done By Women Too

Yes, you heard it well, women can do hard workout. This is the prove, girls doing push-ups, squats and other harder exercises. Just watch & share the video!
Mark Norey, CPT 9 years ago

These guys practice an incredible fitness. Just watch this video and share it with your friends, but don't try these exercises at home or gym.
Mark Norey, CPT 9 years ago

Even if you are resting between exercises, this couple workout video will make you want to practice more. See the video and more...
Mark Norey, CPT 9 years ago