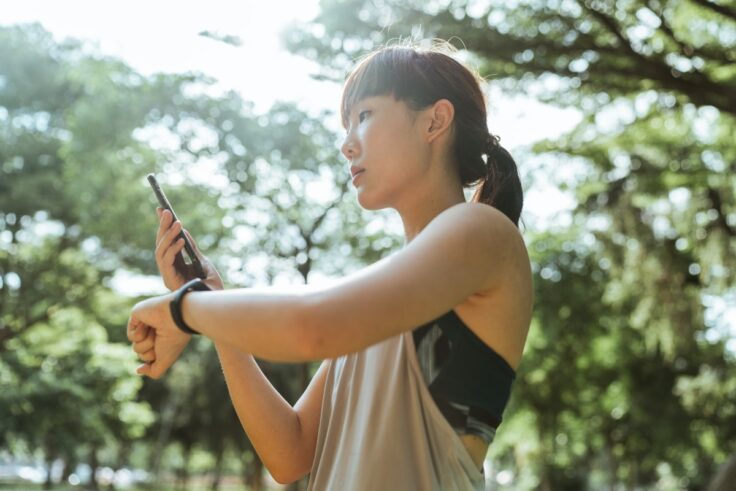 Why does the accuracy of your GPS watch sometimes falter, and what can you do to prevent that from happening? Let’s find out in this article!

You and a running buddy can start at the same point, take the same route, and finish in the exact location but still end up with different readings on your GPS.

Sure, certain factors such as how one runs curves and other stretches along the path can create slight discrepancies in the results, but what if it’s not even close?

As it happens, discrepancies can range from fairly similar to the did-we-even-run-together category of disparity.

According to Best Watch Select, whether you’re training for a marathon or just want to record your run times and speeds accurately, even inaccuracies perceived as slight can mean a lot.

Yes, it might only mean seconds, but more often than not, seconds matter in these scenarios.

So, what really is the deal with your watch’s GPS? Let’s find out.

Below are some of the reasons your GPS watch lies:

Slight reading variations aren’t all that new, especially during races. Runners are often baffled by the slight differences in readings, especially when it seems like only a hair’s breadth separates the runners.

While variations are typically in the tenths decimal places, it still makes it hard to figure out which reading is accurate.

Up to a one percent error in the distance is still “acceptable” where this issue is concerned.

It also follows that speed reading is one percent faster than a runner’s actual speed. A reading can reflect 5:14 pace when one is actually running at 5:17 pace, giving a roughly one percent difference in speed.

These discrepancies also seem to show up at closely similar rates in many of the popular brands.

Most GPS systems are such that trees, buildings, and other tall structures can interfere with the signals and lead to erroneous readings.

Then again, the system is not solely to blame since other aspects can influence these results, too.

Compromises In Size And Weight

The inner workings of a GPS may have their faults, but so do its other aspects.

Generally, the discrepancies of process-based errors run parallel to processes in nature. This means deviations over short periods are not enough to make a significant impact. One can still argue that these values are precise despite not being accurate.

A similar thing can be said when a watch compromises to better manage its battery life, size, and weight.

While not as precise as readings resulting from overestimations, results from course charting in rapid-fire succession also don’t fall far too far off the mark.

Fixes might be to the right of you, behind you, in front of you, or on another spot, but it’s never too far from that focal point. Even so, a close estimation is the closest you can get to know where that “point” actually is.

That’s because this “compromise” would translate to an individual zigzagging their way across the route. The watch then compensates for these gaps by using a smoothing algorithm to address the fixes in an attempt to acquire accurate figures.

Of course, it never really leads to accurate values. It only provides values that you know mathematically are close to the true values.

A Solution To GPS Inaccuracies

Slight inaccuracies can be as much of a headache to a perfectionist as a huge disparity in readings.

So, what do you do to minimize these reading discrepancies even more? You use watches with gyroscopes!

Gyroscopes have been dubbed the “GPS assistant” because of their ability to track changes in motion, regardless of GPS. Basically, a gyro performs well where a GPS performs poorly, and vice versa.

A runner who’s after the most accurate results should wear a GPS watch with a gyro feature.

Bands and watches with gyros are a little on the pricey side, which is why non-athletes don’t often consider them an option for overcoming slight reading errors.

“I’m not competing officially, so slightly different values shouldn’t make that much of an impact, right?” For the most part, this is true.

However, being able to get as close to the truth as possible does help maximize your progress. Then again, this would also depend on your goals.

After all, precise values can still be incredibly helpful despite not being as helpful as accurate figures. If that’s enough for you, then there’s no need to worry about spending more on something that doesn’t fit your goals to a T.

Testing your watches on courses with familiar distances helps you determine their level of accuracy or inaccuracy. It will also circumvent the gaps that keep them from becoming the recording devices you need.

Test them out on straight-line and curvy courses and see how they fare. Should they result in readings within the acceptable discrepancy rate for such courses, you know you’ve picked a good GPS device.

There are plenty of aspects to consider at the time of purchasing your basketball shoes. Here's what you must know before grabbing a pair.
Beth Williams 1 year ago

Since the pandemic forced many people to work from home, demand for remote healthcare jobs is on the rise now, so here is our top three.
Beth Williams 1 year ago

There are numerous types of face masks on the market, so here are the best ones to protect you and your family from COVID-19.
Beth Williams 2 years ago

There are at least 7 key points you must consider if you want to grow your fitness business and thrive in the industry. Check them out!
Julianne Bodo, CES, PES 2 years ago

If you're looking for CBD pills alternatives, then vaping, creams, oils, gummies, and CBD coffee are some popular options you can try.
Beth Williams 2 years ago

What Are CBG Gummies And How To Choose The Right Ones

Cannabis-based edibles are very popular these days, and the inexperienced buyer might find it difficult to select the right CBG gummies.
Beth Williams 2 years ago

Encouraging Sports In The Era Of COVID-19

During the COVID-19 pandemic, many sports fans were disappointed by the absence of games and competitions. Here's a 2020 sports summary.
Julianne Bodo, CES, PES 2 years ago

What To Look For In CBD Lab Reports?

CBD lab reports can be a good source of information about a cannabinoid product, but you need to know how to read and understand it.
Beth Williams 2 years ago

Besides boosting your mood, there are numerous other reasons to try CBD oil. Here are the most significant ones for your health.
Beth Williams 2 years ago