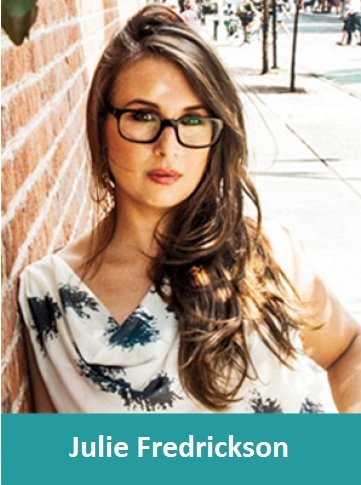 My name is Julie Fredrickson and I am the co-founder of Minimum Viable Fitness, a fitness and nutrition program designed to fit the lifestyle of busy professionals.
But I wasn’t always fit, and I didn’t always have the most balanced approach to my health. When I first attempted to turn my life around via diet and fitness, I learned I was doing it all wrong.

In 2009, when I was 25, I was diagnosed with high cholesterol. My doctor didn’t mince words — he said that because I was 20 pounds overweight and had a family history of heart disease and diabetes, it made sense for me to go on Lipitor (a commonly prescribed statin drug) immediately. It wasn’t exactly a bolt from the blue. After several years of living in New York, I had become sedentary, developed terrible eating habits, drank regularly, and had a host of vague health issues that left me lethargic, itchy, and altogether miserable.

After my doctor’s appointment, I started taking the prescription, since I knew I had to do something to improve my health. But I wasn’t really prepared to go on statin medication (which is usually prescribed to adults 65 and older) in my twenties. Instead, I soon decided to tackle my health issues with good old-fashioned willpower and “cure” my high cholesterol with nutrition and exercise. I would simply eat less and move more — the classic prescription for weight loss. I tossed my Lipitor prescription in the trash and got started.

My new fitness approach was “all or nothing.” I started waking up early to spend 45 minutes on the elliptical machine before work. I also signed up for personal training, attended group fitness classes from spinning to yoga, and paid for a meal delivery service that offered calorically restricted meals. It all helped — I lost some weight and my cholesterol levels improved. And even though I was putting in a ton of work for relatively modest rewards, I felt self-righteous and proud of my achievements. But the “eat less, move more” mantra didn’t really solve my problem. In fact, it became a problem.

I kept my food intake low during the week by eating only low-calorie foods, but rewarded myself on Fridays with pizza. Then on Saturdays I pushed myself with extended stints on the treadmill. I tried eating “healthy” foods like bananas and peanut butter, kale, sweet potatoes, quinoa, and grilled chicken breast, but my weight loss soon plateaued, and I still didn’t like the way I looked. So I doubled down and forced myself to atone for my “sins” with juice cleanses.

When ravenous hunger (inevitably) set in, I broke down and ate even more. It was a vicious cycle that continued for over a year. My yo-yo cycle probably would have continued indefinitely if my friend Michael Gruen hadn’t stepped in with some smart advice.

Gruen, a fellow entrepreneur and former banker, had recently taken up weight lifting and lost weight himself. He lacked stellar fitness credentials, but I trusted his judgment because I had witnessed his fitness transformation firsthand. He pointed out to me that my “eat less, move more” philosophy just wasn’t working. Jokingly, he suggested that I should try eating more and moving less. While I was obviously skeptical, the idea stuck.

My previous attempts at health and fitness had left me with a set of bad habits that I mistakenly considered “healthier.” Since beginning my journey, I had relied mostly on ladies’ locker room gossip and mainstream fitness magazines. According to those sources, the best ways to lose weight and get fit were intense cardio sessions, oatmeal for breakfast, clean foods, and calorie restriction. Since those “tried and true” strategies obviously weren’t working for me, I began to do my own research into nutrition and wellness for the first time.

One of the first things I learned is that fat cells secrete an important hormone called leptin. The body is very sensitive to the total amount in circulation, so when fat cells shrink (due to caloric restriction), less leptin is secreted. The brain senses this decrease and responds by triggering an increase in hunger and a decrease in metabolic rate. By eating less (during my crash-diet phase), I was not only making myself hungrier and diminishing my overall willpower (hello, Friday night pizza binges); I was unwittingly slowing down my ability to burn off calories. My low leptin levels meant I was hungrier than ever. Instead of listening to my body, I forced myself to do extra exercise to burn off the calories, which in turn triggered even more hunger. No wonder I’d been spiraling!

I started eating more protein and fiber-rich vegetables (like spinach and broccoli) at each meal. Much to my surprise, eating “more” helped — I stopped feeling hungry all the time, which meant I didn’t chow down on junk nearly as often. It makes sense, since studies show that increasing protein intake can decrease the desire to binge on other (often less healthy) food.

As I started to get into the habit of healthier eating, Gruen encouraged me to move less, since, according to him, I was still working out too much. In fact, research suggests that working out for longer periods of time provides little additional benefit when it comes to losing weight. The body will end up compensating for those extra minutes spent at the gym by slowing the metabolism and stoking hunger. Instead, Gruen recommended combined lifts like squats, bench presses, and deadlifts, which can efficiently work out the entire body. Compound lifts can also improve endurance, rev up cardiovascular function, boost metabolism, minimize coronary risk, and assist with psychological well being.

As an added bonus, hitting the weight rack instead of the cardio machine is a huge time-saver. To have enough time for my morning cardio craze, I had to cut into my sleep time. I consistently found myself getting less than 7 hours of sleep to get up early enough to put in time on the treadmill — I was quite literally running myself ragged.

This also wasn’t doing my body any favors. A recent study found that just three nights of inadequate sleep (less than seven to eight hours) made people significantly less sensitive to insulin (Insulin sensitivity can help or hinder maintaining a healthy weight, since it affects blood sugar levels, which in turn control appetite.). With my new weight lifting routine, I spent less time in the gym, more time in bed asleep, and, surprisingly, found myself looking much leaner than I had on my previous all-cardio fitness regimen.

Healthy for life — the Takeaway

Given my busy life, the classic “move more, eat less” was exactly the wrong approach to take in terms of fitness and health. After I let go of my preconceived notions of what was “healthy,” educated myself about basic nutrition and fitness, and discovered manageable eating and exercising strategies, I was finally able to consistently maintain a habit of health.

This isn’t the kind of transformation you see glamorized in the fitness press — in my case, it took almost four years to figure out how to reach my goals and maintain my “transformation.” And while I lost 20 pounds of fat, gained muscle, and got my cholesterol back to a healthy place, the real “before and after” is my mental shift. Because in reality, the only diet (or fitness program) that works is the one you stick with for life.

What important lessons have you learned while pursuing health and fitness? Share them with us in the comments below or on Twitter @FitnAssOfficial, or get in touch with the author @AlmostMedia. 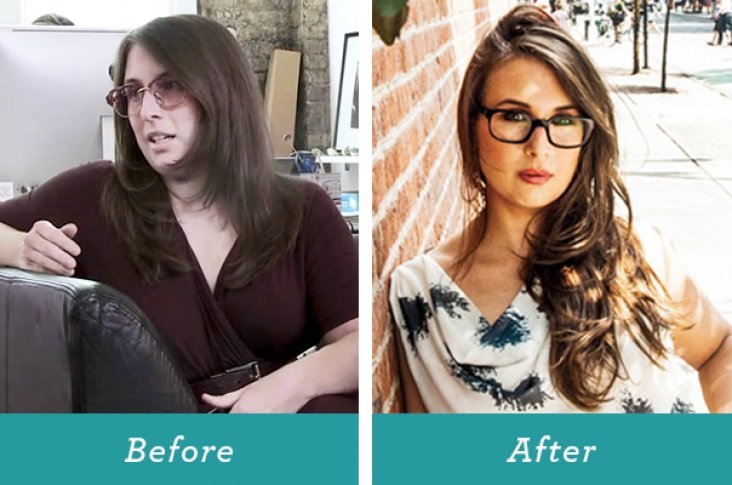 What an amazing transformation, a true inspiration.

1
Reply
All the nutritional information, health and fitness tips and advice offered here is solely for educational purposes.
We do our best to research and offer the most accurate information possible, but this doesn't replace or represent any professional medical advice.
For the right diagnosis and treatment you should always consult with your doctor.
Just so you know, Fitneass may receive some compensation from the links on this page.