Celebrities Who Can’t Get Enough Of The Keto Diet

The ketogenic lifestyle is so popular not just because it delivers results, but also because there are many celebrities on the keto diet.

As you might have noticed, the ketogenic diet is becoming increasingly popular in recent years.

One reason for this is that a lot of people believe that eating low-carb foods can help with losing and controlling weight.

But another and maybe even more important reason is that the ketogenic diet is promoted by a growing number of celebrities.

The guys from Gym Expert did a quick research on the keto diet to figure out why it became such a trend among celebs. And they shared their finds with us below.

Why The Ketogenic Diet?

During the past ten or fifteen years, the ideas of healthy eating and generally healthy lifestyles are becoming more present in the minds of people.

Nowadays, we know more about the effects of eating delicious but super harmful junk food. Therefore, most of us attempt to incorporate balanced meals with lots of fruit and veggies in our daily eating habits.

We witness emerging of different diets such are keto, paleo, and so on that are supposed to enable us to have control over what we eat and how much we eat without giving up on satisfaction.

The Keto diet is a low-carb diet based on the idea that we should get as many daily calorie intakes as possible from fat and protein instead of carbohydrates.

The thing is that when you significantly decrease carb intake, your body starts to burn fat to produce energy. Because of this, it became a real craze and there are more and more celebrities on the keto diet.

Celebrities On The Keto Diet

Let’s take a look at some of those celebrities who eat low-carb foods and see what they are saying about it.

The beautiful Gothika star is on a ketogenic diet since before it became popular.

A relatively unknown fact about Halle Berry is that she was diagnosed with type 2 diabetes when she was 19. Due to this condition, she had to be attentive to the food she eats, thus she switched to keto.

Berry says that, for her, it’s not a diet but a lifestyle that greatly helped her in managing her condition.

There is also supporting research that claims that low-carb and high-fat diets play a significant role in lowering and controlling blood glucose levels.

There are also a lot of athletes on the ketogenic diet, one of them being the amazing LeBron James.

The funny thing is that athletes are usually on a high-carb diet, but James wanted to try out high-fat and low-carb options as part of the preparation for a championship.

He was on the combination of keto and Paleo for 67 days focusing on a lot of meat, fruit, and veggies. He said that he wanted to test his willpower and prove that he can get the results he wanted.

After giving birth to three kids, Fox wanted to do something to get her pre-pregnancy body back. So she decided to join an increasing number of actors who do keto.

She has been eating this way for a long time and claims that she cannot stand even the sight of bread anymore.

Megan says that, for her, this is not a diet but a lifestyle since carbs didn’t make her feel good anyway.

Gwyneth Paltrow tends to promote some pretty shady health recommendations that make experts and other people a bit skeptical.

However, she is also been known to follow and promote the ketogenic diet as a good way to lose weight and maintain perfect health.

Even if some of her advice sounds weird, when you see her perfect abs, it makes you think that she has it right this time.

Vinny Guagagnino is another male celebrity on the keto diet. The actor says that he experienced some amazing changes, including losing around 50 pounds (22 kg) since he joined the ketogenic diet plan.

After this transformation, he created an Instagram account (@ketoguido) where he promotes ideas on higher fat intake and exercise. 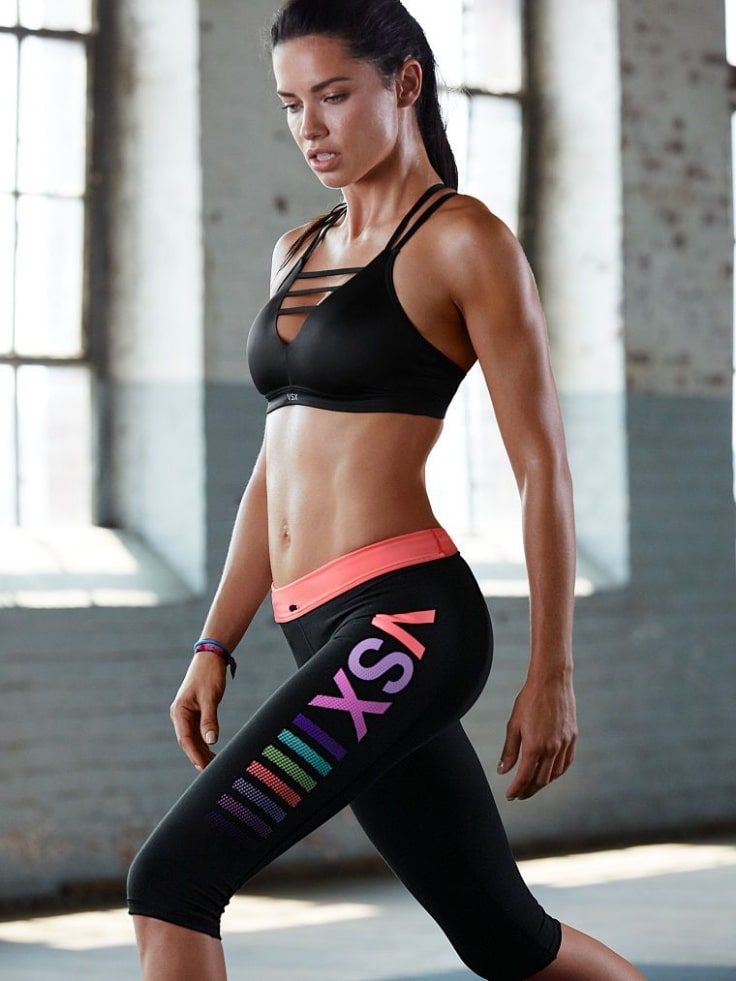 Adriana Lima is also on the list of famous people who believe that this is a healthier way to eat. She tried keto a few years ago while preparing for Victoria’s Secret Fashion Show.

She opted for a more strict version of the diet, focusing on protein snacks and shakes, green veggies, and steamed or grilled meat. 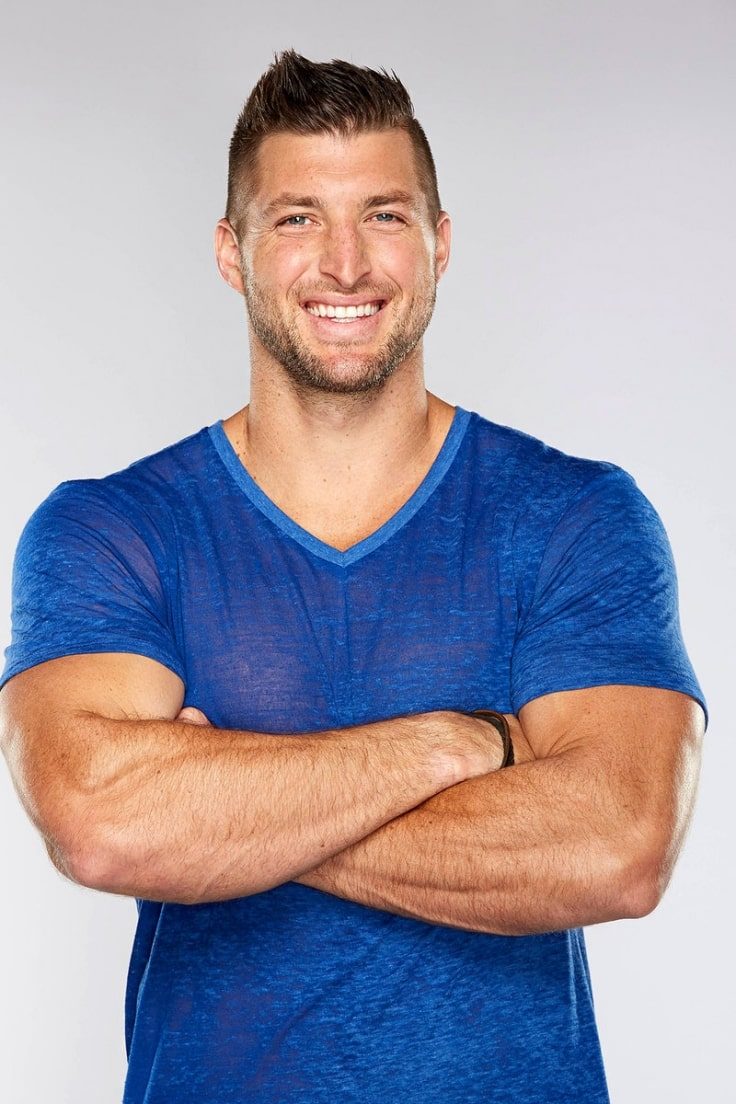 Tim Tebow, a football and baseball pro player, also changed completely his relationship with food by switching to keto.

He says that, for him, it’s not about losing or controlling weight, so he doesn’t count calories. He eats until he is full but is focused on eating the right things.

Tim says that he eats a lot of fish, chicken meat, eggs, green vegetables, and avocadoes which he adores.

Now, these are not all the celebrities on the keto diet. The Kardashian sisters, Kim and Kourtney, Vanessa Hudgens, Jenna Jameson, Al Roker, and many, many more others have tried the keto lifestyle at some point in their life.

Before we wrap up, we would like to say that even if the ketogenic diet is recently becoming incredibly popular, it doesn’t come without controversy.

Some people adore it and swear it completely changed their lives, while others can’t find logic in claiming that eating so much fat can be healthy. The truth is probably somewhere in the middle.

However, the pictures of the celebrities on the keto diet (those before and after pictures) tell us that the keto diet is definitely something we should think about.

How To Start The Keto Diet To Achieve Fast Results

A ketogenic diet is great for those looking to improve their health or reduce their overall body fat. Here's how to start the keto diet.
Julianne Bodo, CES, PES 2 months ago

There is no doubt that diet apps have been hit hard as more and more people are now using smartphones. Here are their surprising benefits.
Beth Williams 2 months ago

One of the best ways to manage weight and stay healthy is following a healthy diet plan. Here are 10 tips that will help you achieve this.
Julianne Bodo, CES, PES 5 months ago

A healthy and nutritious diet for HIV patients can change your lifestyle and make you feel better in the long run. Here's how.
Beth Williams 6 months ago

The carrot diet is exactly what you need to jumpstart your weight loss towards a healthy lifestyle. Just follow this 3-day meal plan.
Mark Norey, CPT 8 months ago

These simple tips will help you stick to a healthy diet and change your lifestyle forever. Here is how you can truly succeed with your diet.
Julianne Bodo, CES, PES 8 months ago

Wonder what do Mediterranean people eat to stay fit and healthy? Check out these Mediterranean diet meal ideas to reap all the benefits.
Beth Williams 9 months ago

Cutting sugar has many benefits like losing weight and feeling energized all day. Here's how to overcome addiction to sweets.
Julianne Bodo, CES, PES 9 months ago

While meat is the main source of iron, vegetarians can also get iron from plant-based foods. Here are seven iron-rich foods for vegetarians.
Julianne Bodo, CES, PES 9 months ago

Changing your diet can seem daunting, but it doesn't have to be. These tips will help you get started with a diabetes-friendly diet.
Mariah Belsore 9 months ago

Warning: Unknown: Failed to write session data (files). Please verify that the current setting of session.save_path is correct (/tmp) in Unknown on line 0