Bipolar Disorder And Alcoholism: How To Deal With Dual Diagnosis? 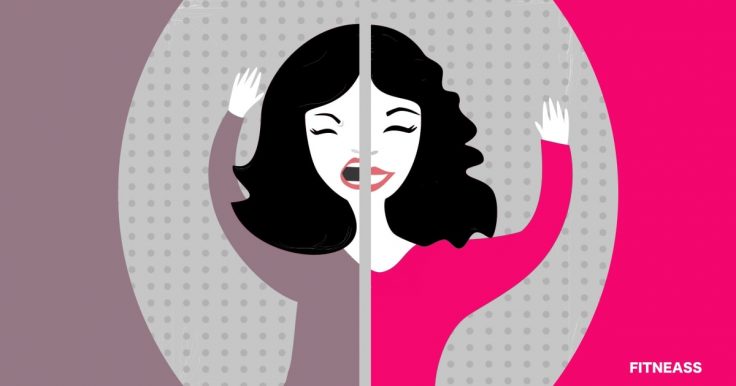 Bipolar disorder is a mental disorder wherein a person can be extremely moody and have sudden changes in behavior.

Many studies have shown that bipolar disorder can increase the risks of alcoholism. There is a huge possibility that both these issues occur together, although experts have still failed to identify a concrete reason for the co-occurrence.

Some point to a genetic link, while others believe that the state of your mind in bipolar disorder can lead to alcoholism.

Whatever the case, it is important to understand bipolar disorder to be able to deal with a dual diagnosis more efficiently, and break alcohol addiction in the right way.

What Is Bipolar Disorder?

In all humans, particularly women, mood swings are common. However, that doesn’t mean all women have this disorder.

Bipolar disorder is more than the normal mood changes that can occur due to hormonal changes.

The extreme changes in mood or behavior can cause serious issues in personal as well as professional relationships of a person.

Due to bad relationships, a person may lose on quality of life and hence may not feel like living. This can cause the victim to think of committing suicide.

The same situations can push a person to take illicit drugs and resort to alcohol. Alcoholism, in this case, is hard to manage because you will be a victim of dual diagnosis, which means you have a mental disorder along with alcohol addiction.

Only professionals can help you in this case. So you can get in touch with someone at Beachway Therapy Center, one of the best places to visit when dealing with the dual diagnosis.

Nevertheless, it is important to learn about how bipolar disorder works to prevent further complications.

According to AJMC, almost 56 percent of people having confirmed bipolar disorder have either used drugs or alcohol at some point, or are still using it. This indicates that there is a direct link between this disorder and addiction.

Addiction can be any substance, but the most common is alcohol. For such cases, both the mental issue and the addiction have to be treated with care.

How To Deal With Both Diagnosis?

When alcoholism is making things difficult, you should first stop drinking alcohol. But this can be more difficult to do than it sounds.

You need to understand that the journey to sobriety involves also psychological, physical, and emotional challenges, especially when bipolar disorder is in the equation too.

Soon after you quit drinking, you will experience some, or even all, of the following symptoms:

Bipolar disorder causes mood swings, which can make things difficult to manage. So you need to treat not only alcoholism but these mood swings too.

Patients with bipolar disorder will often get medications to manage mood swings and emotional instability.

There are certain medications that may help with bipolar disorder, as well as alcohol withdrawal symptoms. For instance:

These medications should be taken only under the guidance of a professional.

Also, you can also benefit from therapy, especially if you’re struggling with the dual diagnosis. You should consider staying at rehab to live a sober life while being treated for your mental disorder.

That is the only way to beat alcoholism when you’re a victim of a dual diagnosis!

There are medical devices that can help us monitor our physical condition while we are at home. Here are the most popular ones.
Julianne Bodo, CES, PES 11 months ago

Knowing these basic first aid tips puts you in a good position to help someone out who is in dire need during an emergency situation.
Beth Williams 11 months ago

Besides the cosmetic enhancements such as scar reduction and excess skin removal, tummy tuck benefits also include health improvements.
Beth Williams 12 months ago

Is Weight Loss Surgery For You? Ask Yourself This!

Unless you’re not persistent enough, dieting and exercise won’t help you lose weight. So …
Beth Williams 12 months ago

What To Consider Before Undergoing A Facelift Procedure

While regular exercise and healthy eating help you feel younger, modern medicine takes care of the looks through the facelift procedure.
Beth Williams 1 year ago

Autoimmune disorders are difficult to diagnose, so here's how to increase your chances of finding it before it can damage your body.
Julianne Bodo, CES, PES 1 year ago

The process of choosing the right oncologist for cancer treatment starts with the recommendation of your family doctor and friends.
Beth Williams 1 year ago

Anti-aging and rejuvenating properties and pain management and relief are just a few benefits of stem cell therapy. Here are more of them.
Beth Williams 1 year ago

Pros Of Completing A College Course Human Anatomy And Physiology

Being interested in obtaining a medical career means that you're also going to have to complete a course on human anatomy and physiology.
Julianne Bodo, CES, PES 1 year ago

Suffering from low-T? Testosterone replacement therapy might be a solution, but there are a few things you need to know about this procedure.
Beth Williams 2 years ago