The Best Natural Supplement I Use To Battle My Hangovers 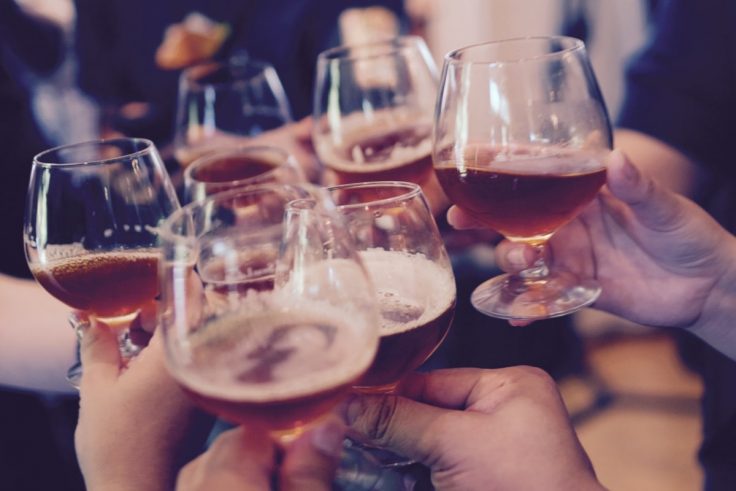 With every drinking bout comes the consequences: hangovers. But you can make them forgotten with this natural hangover supplement.

Those morning-afters, when you wake up with a huge headache, stomach ache, or feelings of nausea, can cripple an entire day, and leave you feeling wiped for hours on end. And they’ll make you wish you never even drank in the first place.

Every now and again, we’ll hear about a hangover “cure” that promises to take the pain away. Sometimes they’re more bizarre, and other times they don’t seem very effective at all. But are any of these actually healthy?

What Actually Causes The Hangover?

We wanted a hangover aid that abided by shared nutritional values and didn’t rely on lab-produced chemicals to get the job done. So instead of making the body feel worse, it would feel re-energized and refreshed.

But in order to do that, it’d have to actually target the problem areas that cause a hangover in the first place:

The big one is toxins. When alcohol is produced through fermentation, it carries along byproducts that take the form of toxins, like acetaldehydes.

Darker alcohols, like whiskeys or stouts, have more congeners, which is the term used for these substances. So when you drink, you’re essentially ingesting toxins into your body, which then attack the liver.

This, in turn, hinders the central nervous system — thus, the tipsy feeling. And that hangover is the feeling of your body recovering that attack. Ouch, right?

In addition to liver problems, your body is wholly dehydrated after drinking. Alcohol is a diuretic, meaning that you flush out more water than you’re supposed to when you drink.

Without water, your body suffers from a lack of electrolytes or energy. It can provide some of those symptoms you’re familiar with: migraines, dizziness, etc.

So any natural supplement for hangovers would have to address these issues head-on. That’s when we came across OverEZ. 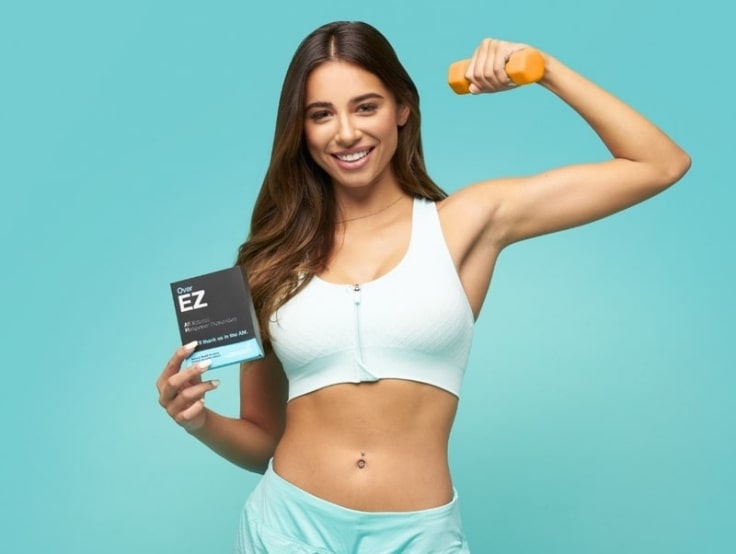 OverEZ is a natural supplement from the EZ Lifestyle team, which also makes supplements for daytime energy, and sleeping.

To us, it checked all the boxes we were looking for:

So how does it do that? In three phrases:

The first involves building the liver’s defenses up beforehand — the supplement itself is taken before drinking, or at the very start, so you get a head’s start on tackling the hangover.

That’s done with L-Cysteine, a key amino acid that battles toxins, as well as zinc, milk thistle, chicory root, and others. All sustainably sourced, vegan, organic, and scientifically proven to help.

Those very same ingredients take part in the second phase, which is full-on toxin elimination.

As you’re drinking alcohol, the supplement works on metabolizing the alcohol faster, so you can more seamlessly get the toxins out of your system. This lessens the chance of feeling that damage the next day.

And finally, the last phase: complete rejuvenation. A heavy dose of vitamin B is supplied, so your body not only recovers from the hangover but is left off with even more energy than before.

So this is the best hangover supplement that hits all the right places: the lead-up to the hangover, the hangover itself, and after the hangover. Which is what you’d want.

Once we started taking this hangover supplement, those few glasses of wine at night haven’t carried the same weight as they used to. Because it’s also healthy to relax every once a while — but you should be able to do that, without the consequences.

Erectile dysfunction (ED) is very common amongst men over 40. Here's a quick guide on its causes, risks, prevention, and treatment.
Beth Williams 1 month ago

What Is SAD And How To Prevent It This Winter

Since almost 5% of Americans experience Seasonal Affective Disorder (SAD) every winter, it might be a good idea to learn more about it.
Mariah Belsore 1 month ago

How To Maintain Mental Health During A Public Health Crisis

During these harsh times it's mandatory to take care of your mental health. These tips can help you maintain mental health during a pandemic.
Julianne Bodo, CES, PES 1 month ago

Are you a person who gets sick pretty often without an obvious reason? Here's how you can identify your health symptoms and their causes.
Julianne Bodo, CES, PES 1 month ago

The Best Ways To Recover From A Rotator Cuff Injury

When you have a rotator cuff injury, it can seriously impact your quality of life. Even changing your shirt is going to cause a lot of pain.
Beth Williams 1 month ago

Looking for something to spice up both your food and health? Check out these health benefits of cloves backed by scientific research.
Mariah Belsore 2 months ago

Any fitness enthusiast should expect exercise-related pain anywhere between a few hours up to 48 hours after your training session.
Beth Williams 2 months ago

Light sensitivity can be a symptom of migraine, allergies, neurological conditions, or a reaction to medications. Here's how to cope with it.
Julianne Bodo, CES, PES 2 months ago

Natural sports drinks have long been in popularity amongst fitness-minded individuals. Here's how they can boost your performance.
Beth Williams 2 months ago