Anemia And The Foods You Should Totally Avoid

If you have anemia, you have to be very particular about the foods that you eat. These foods will make your condition worse.

Anemia is a very common ailment all over the world and affects nearly 1.62 billion people globally. Women are far more likely to contract anemia than men are.

Whether you’re a woman or a man, if you have anemia, you can’t (and shouldn’t) eat foods that decrease your hemoglobin levels. So I’ve listed below the foods that can potentially worsen anemia.

But before we go into that, let’s first understand what anemia is.

Simply put, you get anemia when your body cannot produce enough red blood cells or hemoglobin.

Hemoglobin is a component of the red blood cells and is vital to your body because they help bind oxygen, which your blood carries to all parts of your body.

Your cells, tissues, and organs need oxygen to carry out their functions properly. But if your blood lacks red blood cells or there isn’t sufficient hemoglobin, then your cells will not get the oxygen that they need.

Who Is Susceptible To Anemia?

Anemia can happen to anyone irrespective of age or gender. The most vulnerable groups are: 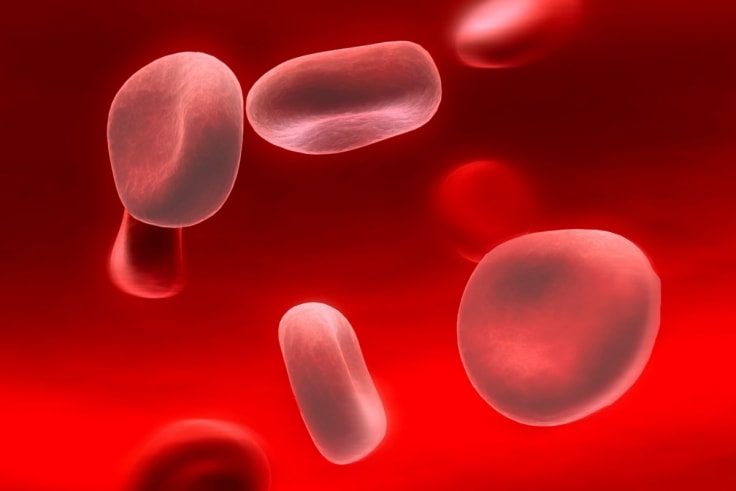 There are quite a few reasons that could trigger anemia:

If you have gastrointestinal disorders such as hemorrhoids, ulcers that cause slow but persistent internal bleeding.

2. Disruption In The Production Of Red Blood Cells

This could happen because your body isn’t getting the nutrients and minerals it needs to produce red blood cells, or it could also result from bone marrow disorders.

Sometimes hereditary diseases or certain infections make your red blood cells fragile. They are unable to withstand the rigors of being circulated all over your body and start to rupture.

How Will You Know That You Have Anemia?

Anemia gives itself away by a few signs and symptoms. Keep an eye out for the following symptoms to know if you may have contracted anemia:

A blood test can confirm if you have indeed come down with anemia.

If You Are Anemic, Which Foods Should You Avoid?

To keep your red blood cells or hemoglobin count from dropping further, here are a few foods that you need to steer clear of:

Tannins are found in some plant-based foods. You can recognize them by their astringent taste.

If you are anemic, you will probably be recommended to consume iron-rich foods such as beans, legumes, leafy vegetables or spinach. But if you take in tannins, they will not allow your body to absorb the iron from these foods.

Drastically reduce your gluten intake. If your anemia is the result of a hereditary disease, then glutens could erode the lining of your intestines and interfere with iron or folate absorption.

Phytic acid is found in foods with high fiber counts such as brown rice, whole wheat, and certain fruits like mangoes or bananas.

They stick around in the digestive system and when blood reaches there, they bind with the iron and get in the way of the iron being absorbed.

If you are taking iron supplements or foods loaded with iron, try to avoid calcium or reduce your intake as much as possible until your anemia has been cured. That’s because calcium too inhibits your body’s ability to absorb iron.

Some calcium-rich foods that you should think twice before eating are milk, cheese, yogurt, etc.

Also, remember to lay off other nutrients that can affect your iron absorption such as zinc (liver, meat, eggs) and Vitamin C (citrus fruits, bell peppers, asparagus).

5. A Few More Foods That You Should Be Wary Of

Reconsider drinking coffee. The caffeine in it will not do your body any favors. If you need your daily coffee fix, then opt for the decaf (no caffeine) variety.

A little dietary precaution and supplements will cure most cases of anemia. You should avoid the foods we listed above and stick to the diet drawn up for you by an expert. This way you will be hale and hearty in no time.

The most popular fruit in the world is the banana. I am sure that everyone ate bananas at least once. But have you ever tried red bananas?
Mark Norey, CPT 8 years ago

Sport is an area where effects of smoking are easily observable. Some people who practice sport, choose to quit smoking for athletic evolution.
Mark Norey, CPT 8 years ago

What could be more beautiful or sexy than a bright and healthy smile? Busy schedule does not allow us to brush our teeth after every meal.
Mark Norey, CPT 8 years ago

We propose a handy way to relax, that will make you feel much better: face massage. Here are the correct steps to achieve a quality face massage!
Mark Norey, CPT 8 years ago

If someone would say that there is an overnight weight loss diet that really works, what would you think? Well, this myth has some truth. Read more...
Mark Norey, CPT 8 years ago

Sweets are the enemy of everyone that diet. Because of this we looked for the tastiest sweets and at the same time with the fewest calories possible.
Mark Norey, CPT 8 years ago

The black bean burgers are full of flavor and deliciously hearty. How many times have you walked by a fast food restaurant and you've had a burger craving?
Mark Norey, CPT 8 years ago

On the Internet are many tips that "help you lose weight". We present to you some busted weight loss myths which we meet very often. Read about...
Mark Norey, CPT 8 years ago

Many times you have heard that the amount of calories that enter the body must be equal to the amount that get out. Everyone likes balance, right?
Mark Norey, CPT 8 years ago